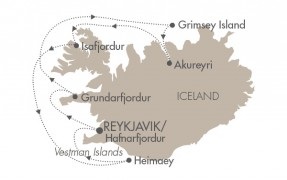 Iceland is an amazing destination for those seeking a new adventure. Whether you choose to travel by land or by sea, Iceland is a great travel destination. I chose to tour Iceland on a grand yacht, Le Boreal, named “Best New Ship of the Year” by the European Cruiser Association in 2010.

Iceland’s untamed landscape of active volcanoes, massive glaciers, frozen waterfalls and exploding geysers make it a marvel in contrasts and a wonder to behold. My expedition began in Iceland’s capital, Reykjavik, and proceeded along the northern coast, delivering splendid views of scenic fjords and dramatic glimpses of Icelandic daily life. 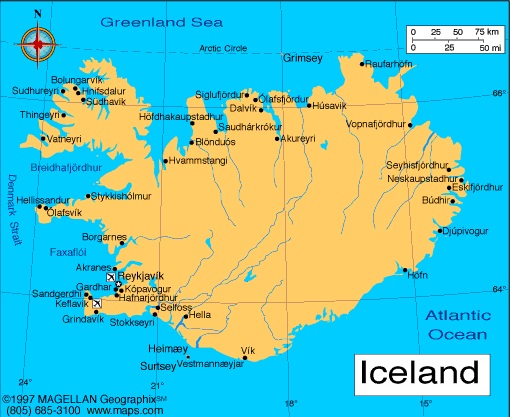 Iceland has plentiful wildlife and abundant historic treasures. During my adventure I stepped across the Arctic Circle; visited the world famous Blue Lagoon, and stood in awe at the precipice of Goðafoss, “waterfall of the gods.”

Below is the daily cruise itinerary for my adventure with a bit of information about each of the ports visited and some pictures taken during my incredible journey.

Some of the interesting facts I learned during the trip include:

It was quite an adventure, my trip to Iceland. For amazing videos of the life and adventure Iceland offers, visit You Tube and search for videos of Iceland.

When you’re ready to travel to the land of fire and ice, be sure to contact pat@incrediblejourney.net to plan your incredible journey. I’m here to make travel easy for you.